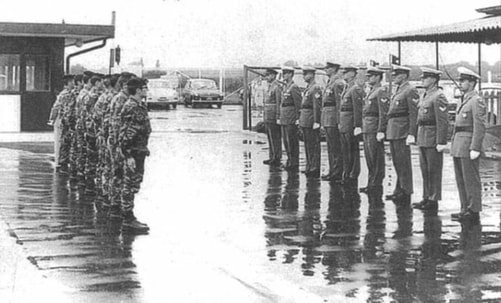 Canadian MPs (in pre-unification RCAF Police uniforms) take over from French security forces at the Lahr airbase, 6 September 1967 (Photo: DND)
​On 6 September 1967, Base Aerienne 139 Lahr ceased to be an entity of the French Air Force in West Germany and became Canadian Forces Base Lahr – the new home of 1 Wing and 1 Air Division Headquarters. That afternoon, the French flag was lowered, and the Canadian national emblem raised in its place. The Canadian Armed Forces now controlled the Lahr airbase and Canadian Military Police assumed responsibility for base security and policing.[1​] In 1970, the base assumed an expanded joint role when it became the home for 4 Canadian Mechanized Brigade Group when that formation moved from its former location at Soest in the northwest Germany. Lahr also became the home of Canadian Force Europe (CFE) Headquarters and the Air Division HQ was relocated to 3 Wing/CFB Baden-Soellingen.
​
For a short period, from June 1969 to June 1970, Lahr became a nuclear-capable base when one CF-104 nuclear strike squadron operated from the airfield. This necessitated a temporary increase in MP manning to ensure adequate security of the Mk.28 and Mk.57 nuclear gravity bombs stored there under a joint US-Canadian custody agreement.[2] During this period, heavily armed MP personnel controlled access and provided immediate response to the Special Ammunition Storage (SAS) and Quick Reaction Alert (QRA) areas, guarded weapons convoys and mass load areas, and patrolled all nuclear-sensitive areas with sentry dog teams. When the nuclear weapons were removed the section reverted to regular MP duties. 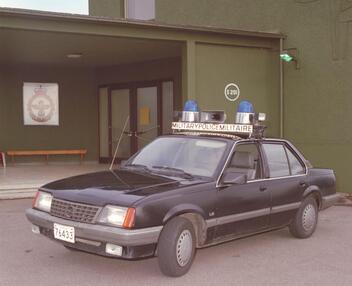 Opel Asconia patrol car at LMPS guardhouse, 1988 (DND)
​During its 27-year lifespan, the Lahr Military Police Section (LMPS) became one of the largest and busiest MP units in the CAF. By 1991, LMPS counted 25 MPs in its patrol section alone and produced 12.6% of all the MP reports written across the armed forces. Its investigation sub-section was also very busy, coping with two murders and a murder/suicide during a particularly active period from 1990 to 1992. Drugs were a major problem in Europe, which led to the section employing a drug detection dog team for several years in the early 1990s. The unique security situation in Europe and presence of a busy Air Movements Unit also saw LMPS overseeing a 90-person civilian security guard force and a 13-person air terminal security screening sub-section.[3]  Because of the terrorist threat, CFE civilian guards were armed with 9mm pistols beginning in 1987. A small number of civilian guards were also specially trained as security dog handlers to protect the base ammunition compound. If that wasn’t enough, LMPS was responsible for running the Canadian Forces Europe Service Detention Room. Between 1988 and 1991, the unit averaged 44 service detainees and 48 persons in close custody per year.[4]

​In 1975, LMPS began hosting an annual Request-a-thon fundraiser in support of the Military Police Fund for Blind Children (MPFBC). The Canadian Forces Network (CFN), the local Canadian radio station, provided live coverage of the Request-a-thon events which were held over an entire weekend. Events included such things as bicycle relays, fun runs, dunk tanks, mustache and hair shaving challenges, sporting tournaments, dart-a-thons, Youth Centre slumber parties, dances, teddy bear draws, inter-unit challenges, and even a blind wheelchair derby and Styrofoam boat regatta. Hordes of LMPS volunteers, including spouses and civilian employees, worked the phone lines to take pledges and helped run the CFN studio throughout the night. The Canadian Forces Europe community wholeheartedly embraced this annual event and raised huge amounts of cash for the MPFBC over the years. During their nineteen-year run, until the last iteration in 1994, these LMPS-led Request-a-thons collected over 1,000,000 Deutchmarks ($800,000 CAD) for the MPFBC, or about $42,000 CAD per year![5]​​​

With the end of the Cold War, the Canadian government decided to close its two remaining military bases in Europe, CFBs Lahr and Baden-Soellingen. By the summer of 1993, most of Lahr’s operational units had been disbanded but LMPS remained busy supporting base closure activities. Although LMPS had a 60% reduction of personnel in 1993, it saw only a 44% reduction in police and security files from the previous year. At the end of 1993, LMPS still had a strength of 40 all ranks and the Base Security Officer was elevated to Branch Head status reporting directly to the Base Commander.[6] The MP draw-down proceeded in earnest the following year and CFB Lahr was officially closed on 31 August 1994. After 27 years, a unique and very exiting era in Canadian military policing had come to an end. 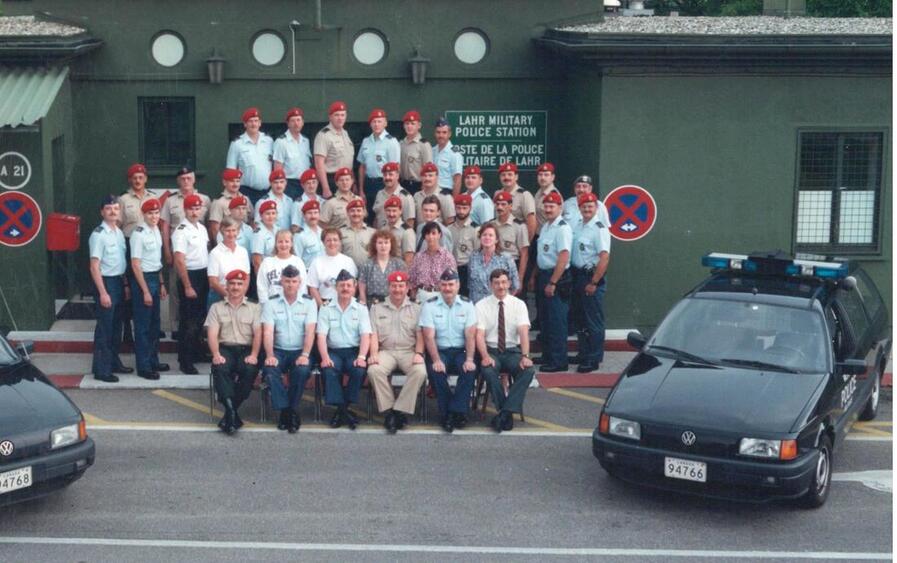 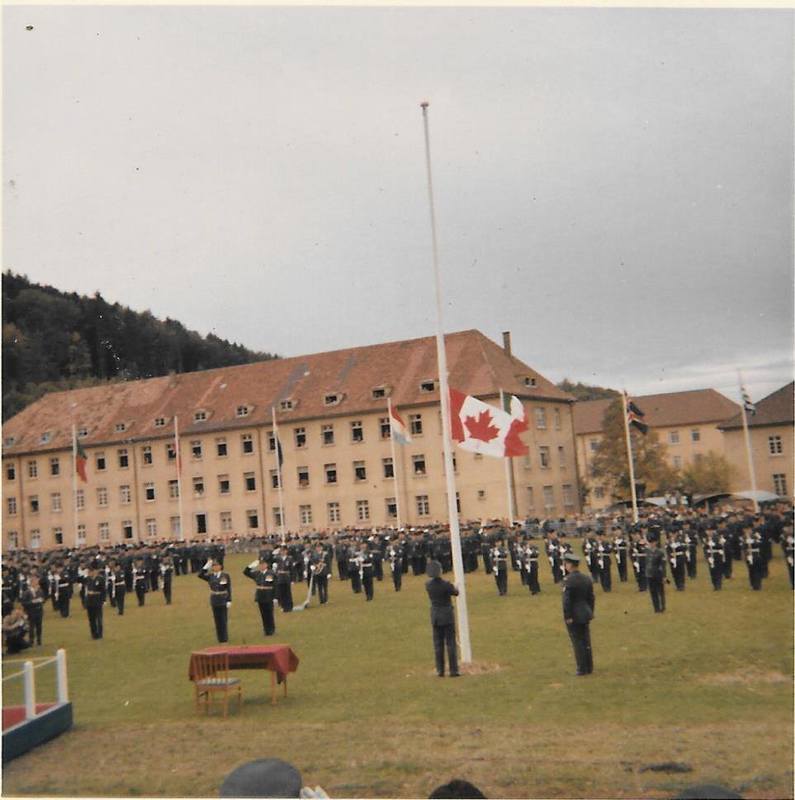 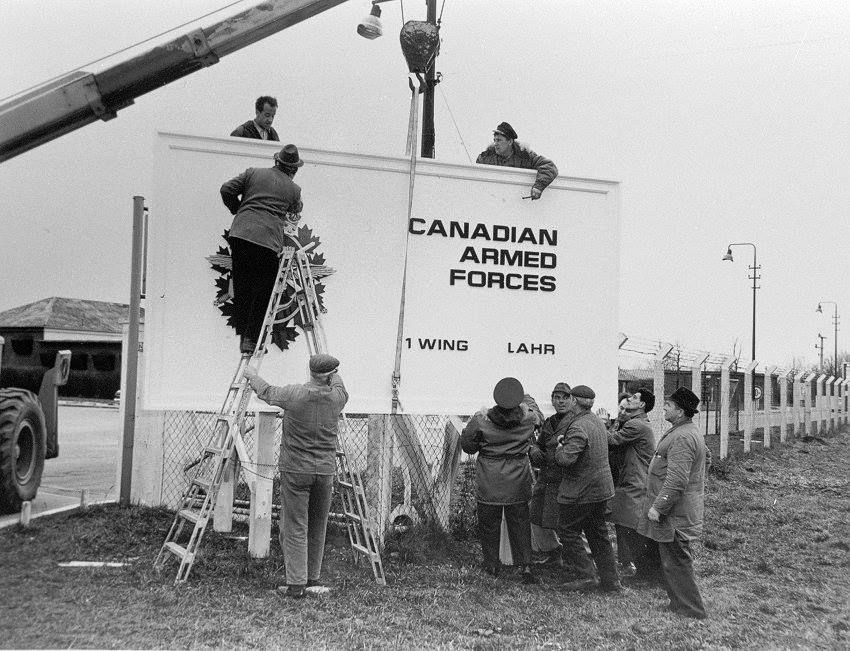 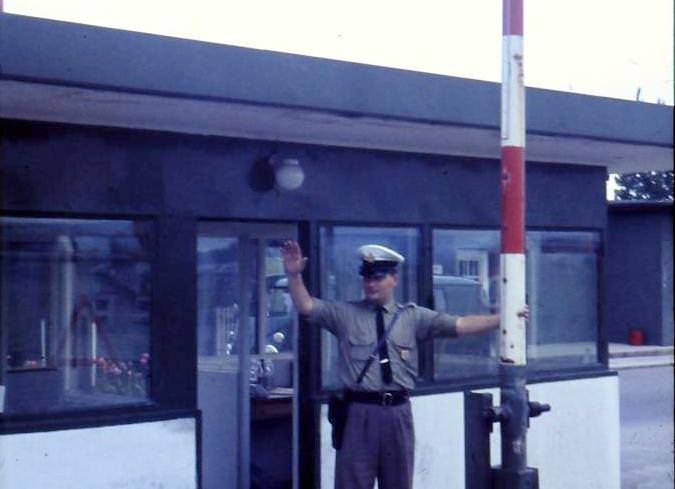 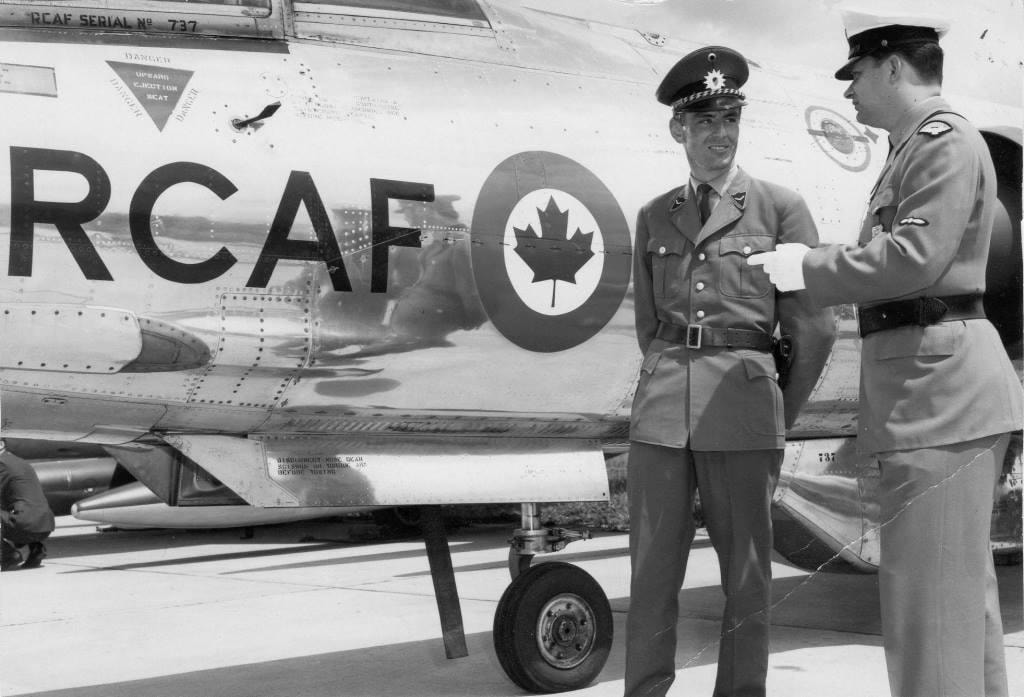 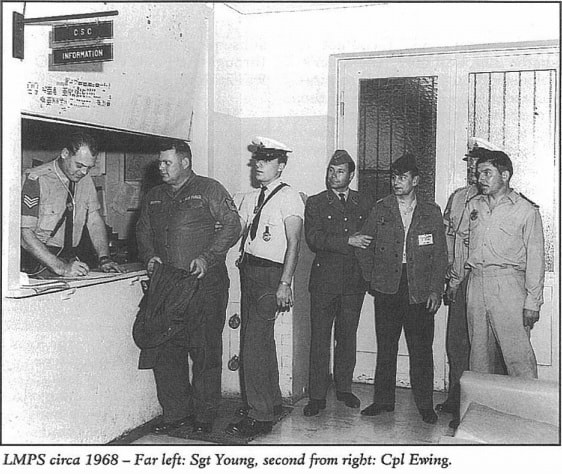 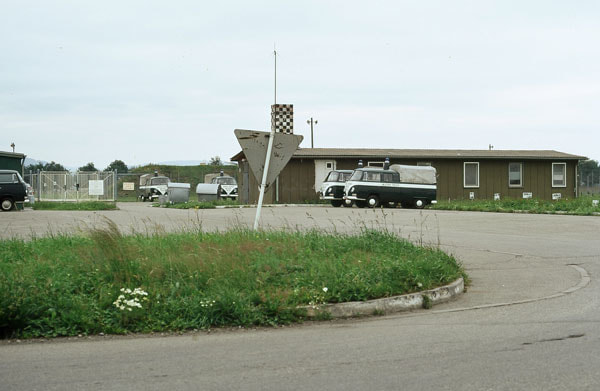 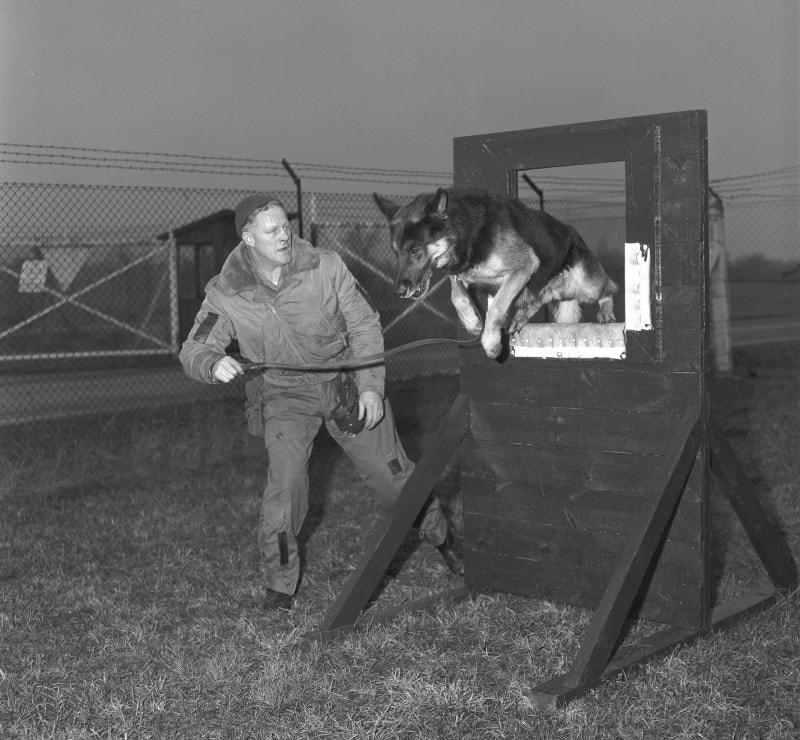 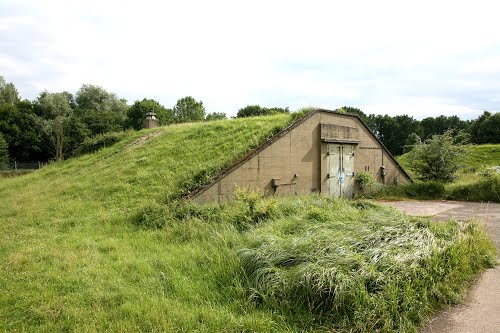 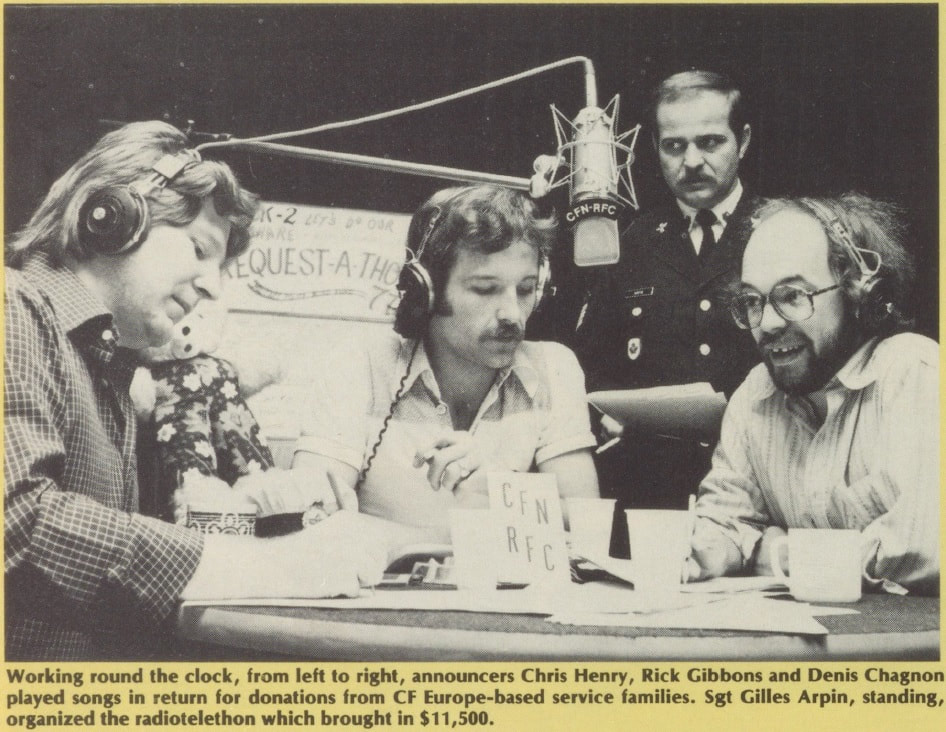 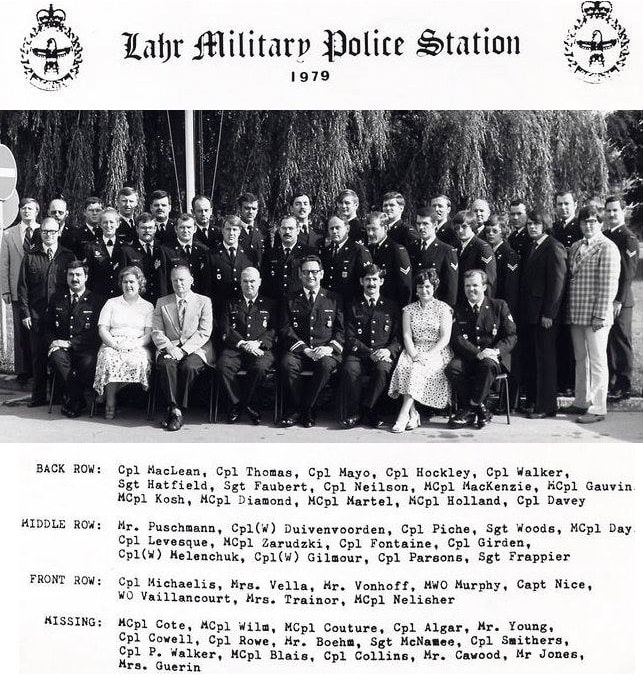 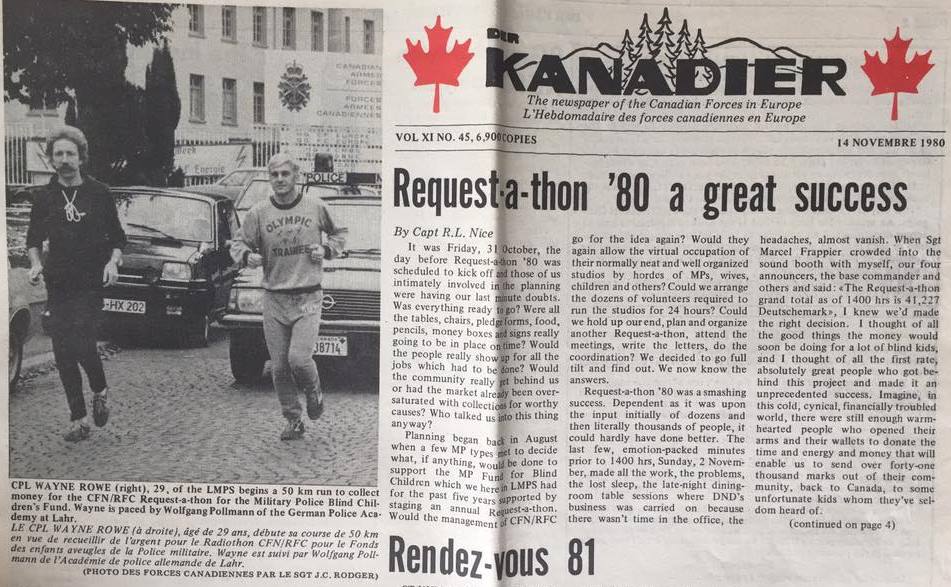 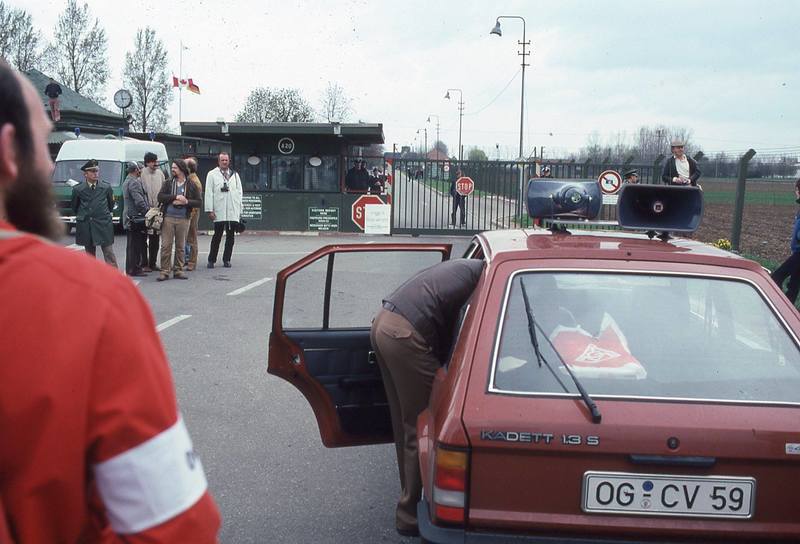 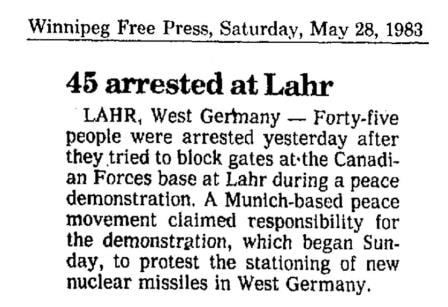 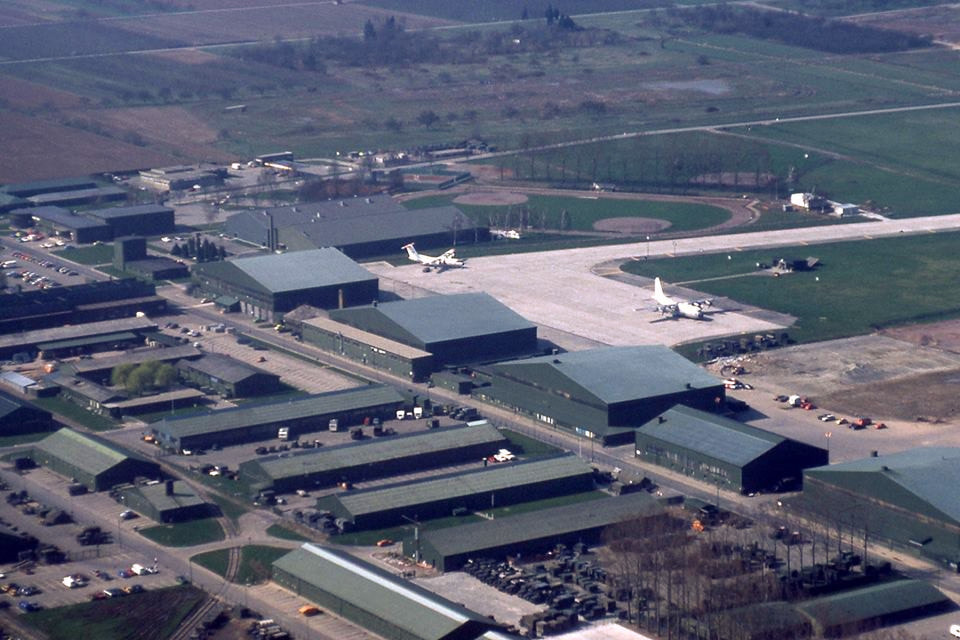 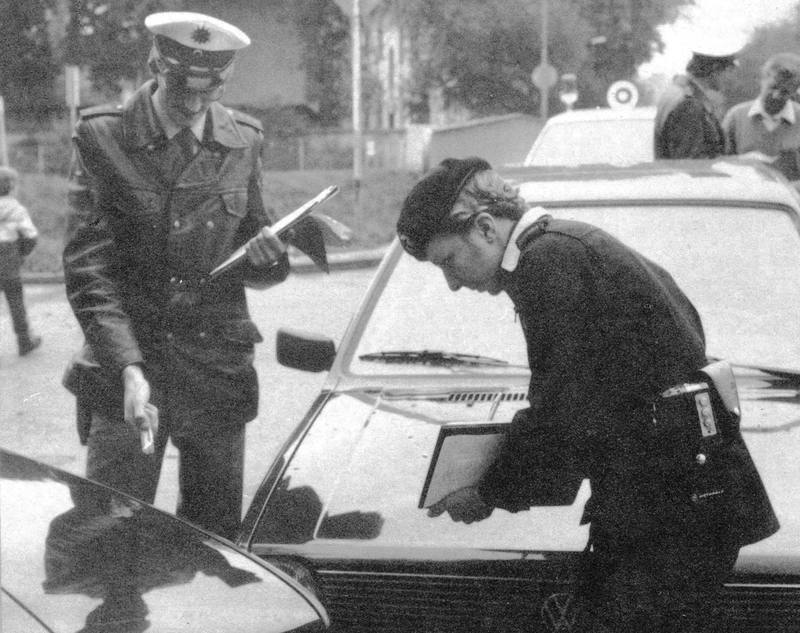 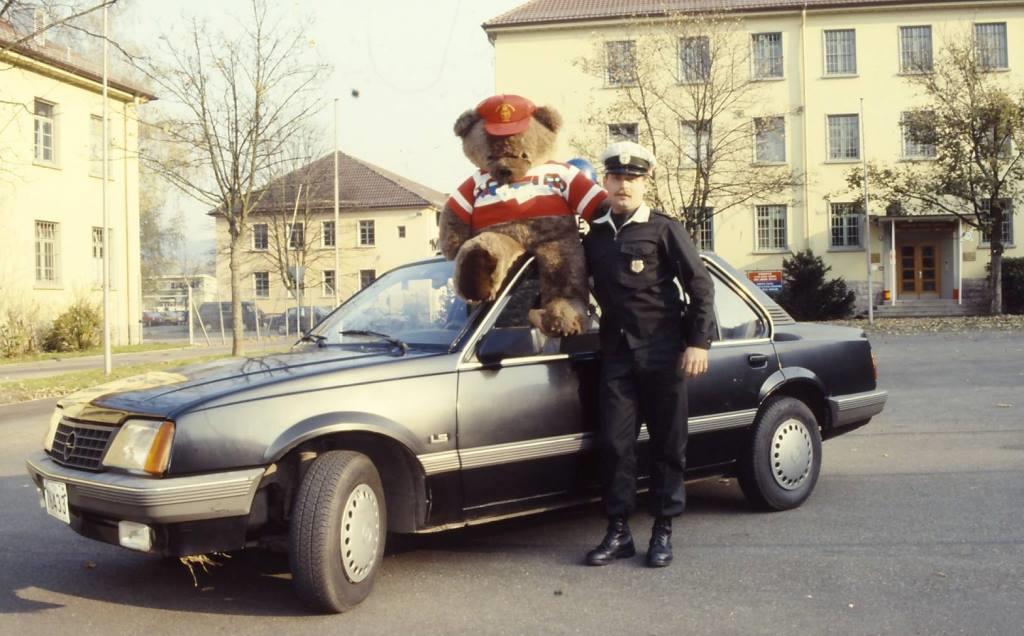 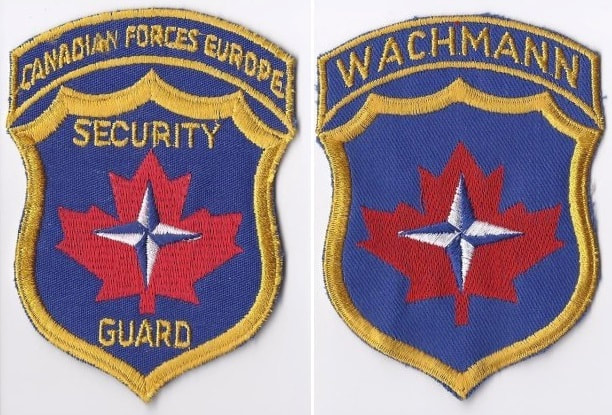 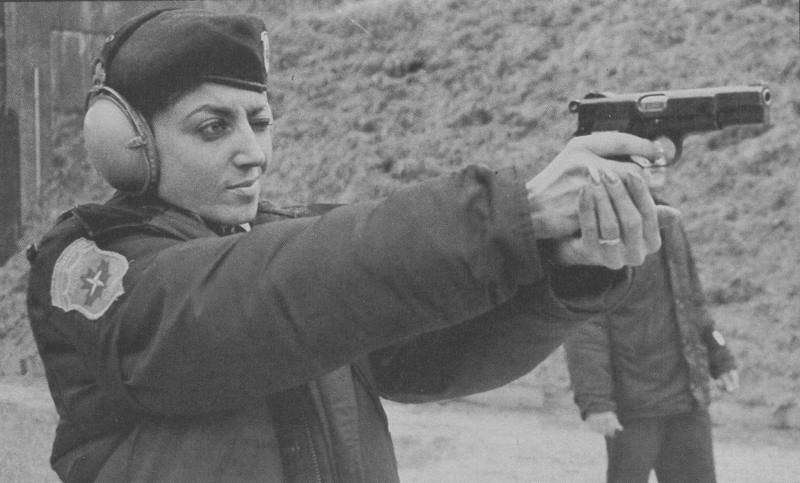 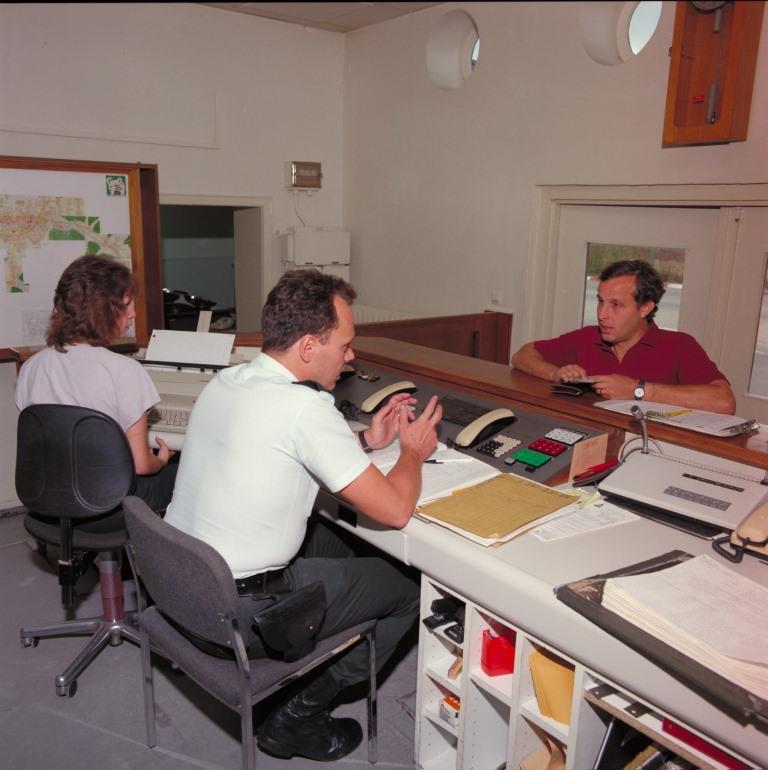 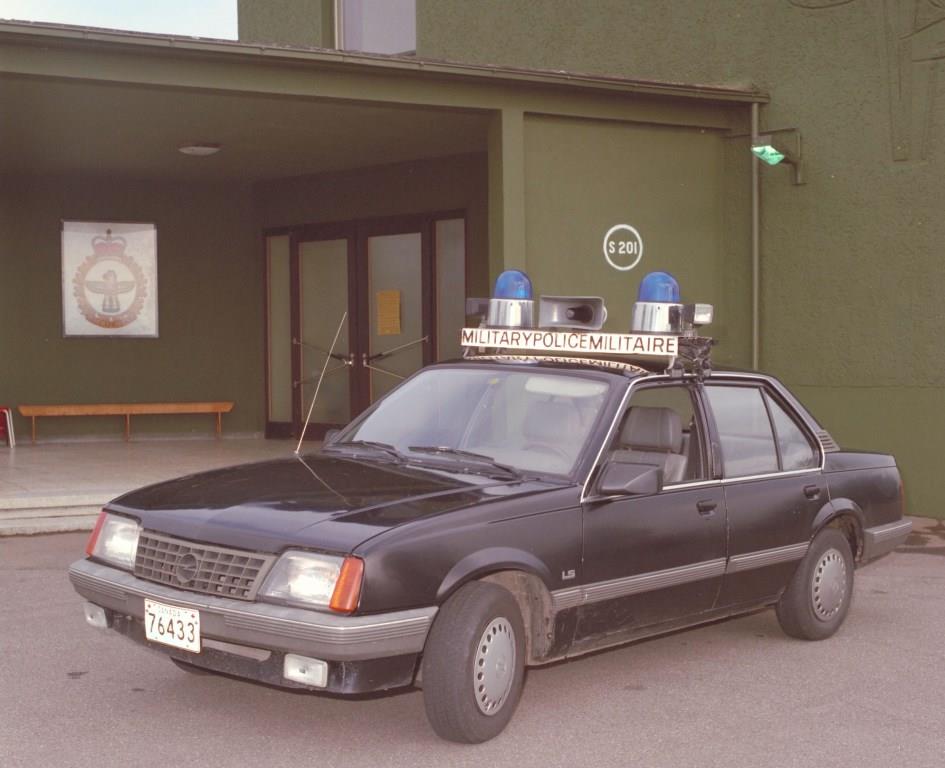 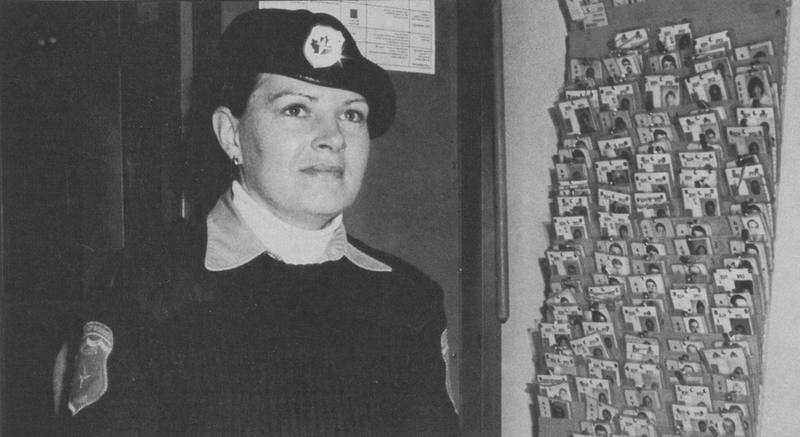 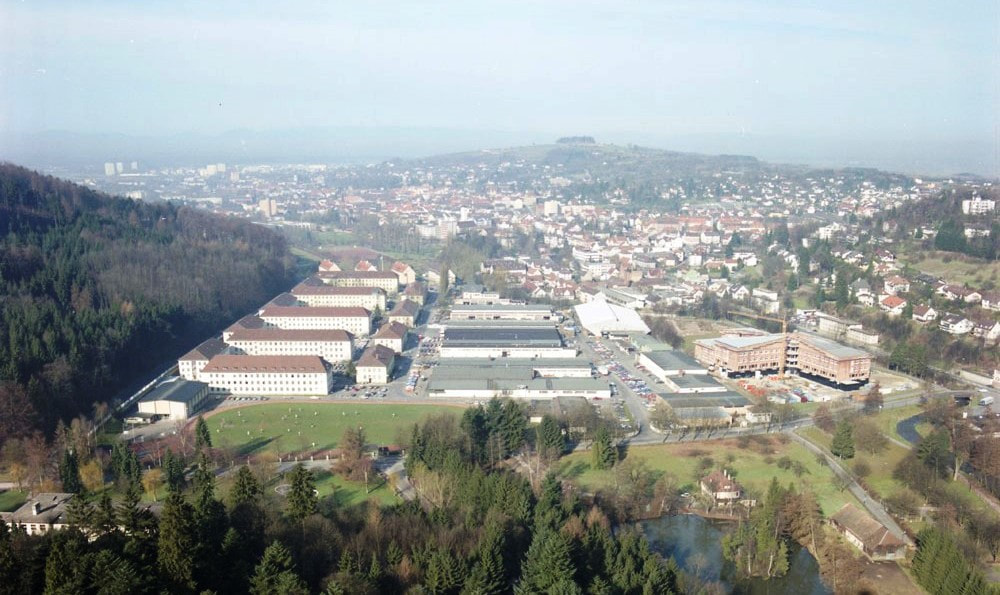 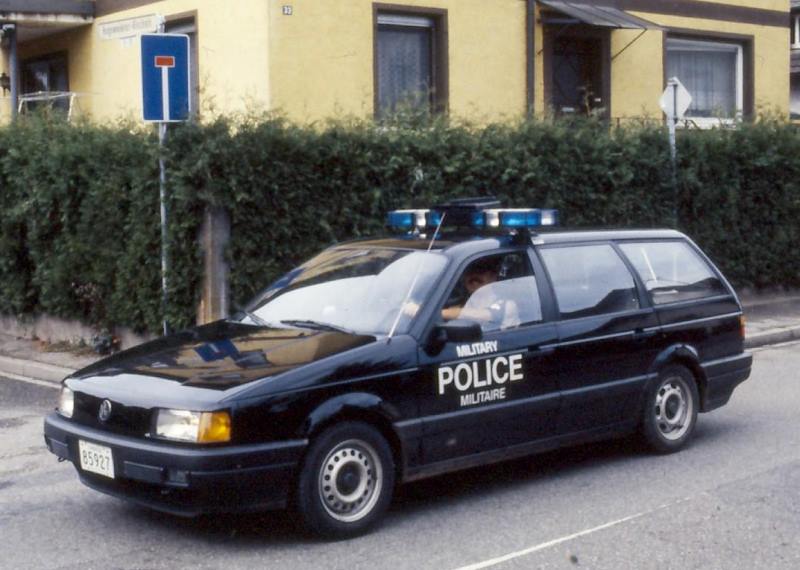 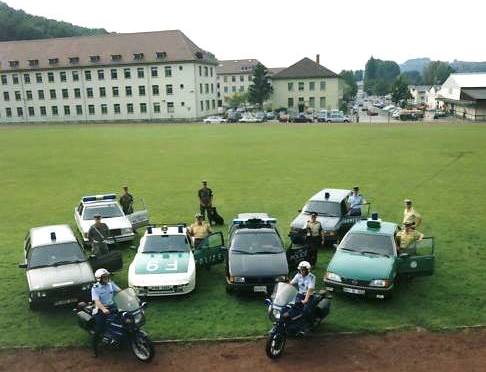 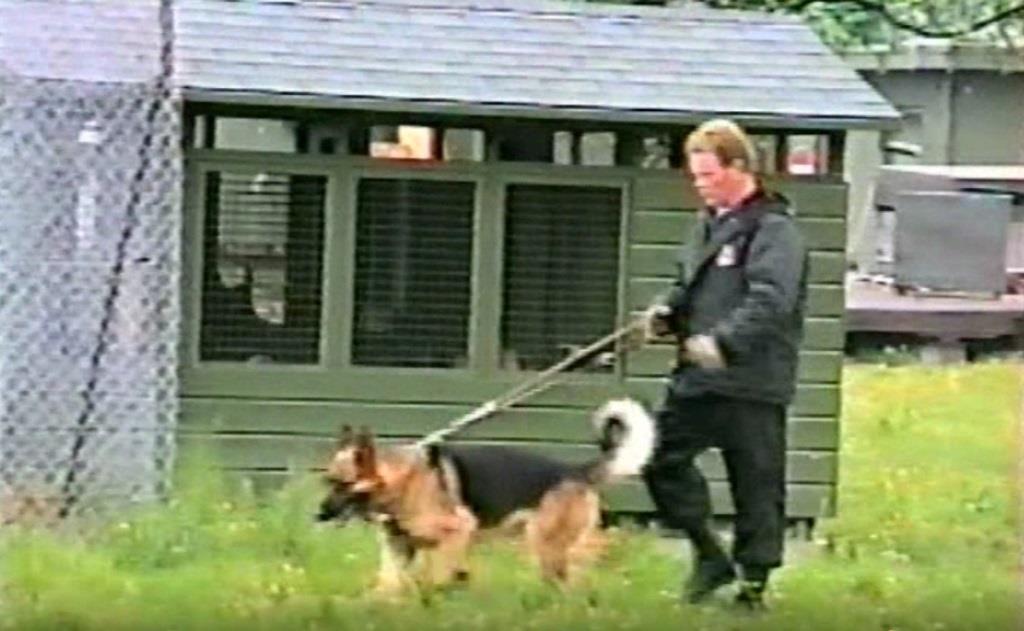 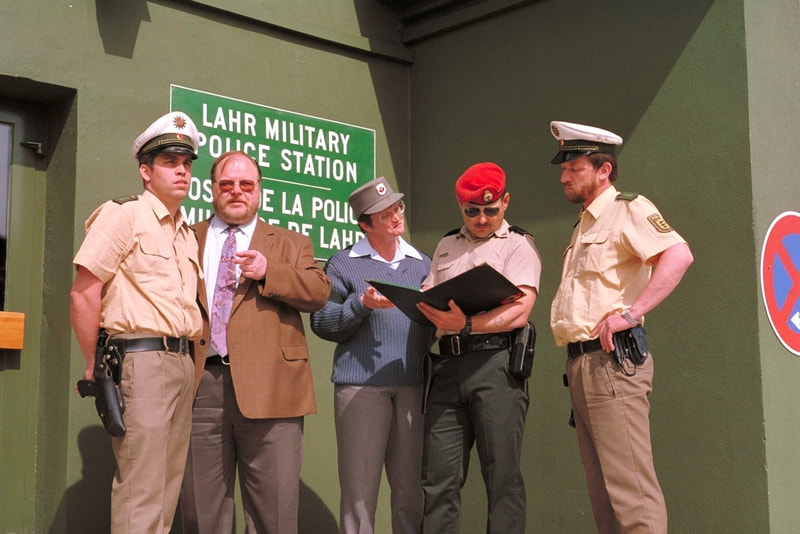 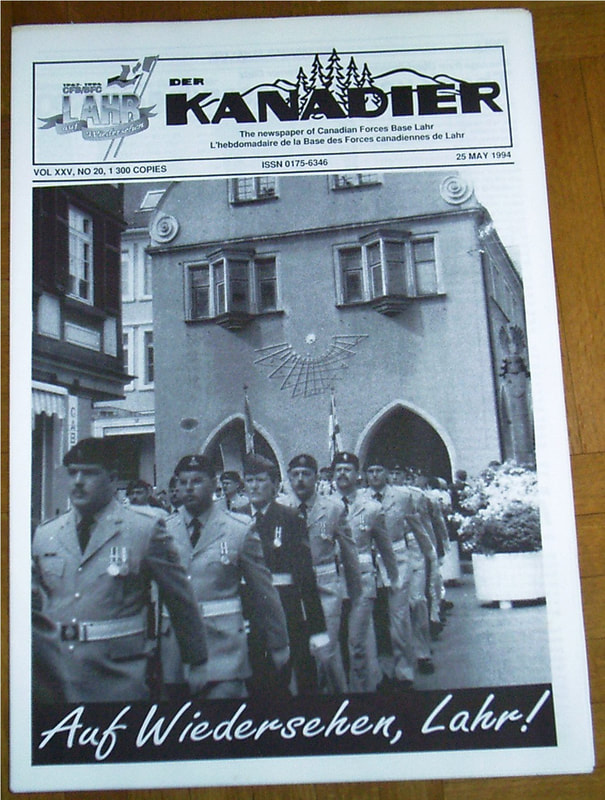