Looking Back: ​ Herbie versus the Military Police​— ​
​from the Wartime Cartoons of Bing Coughlin 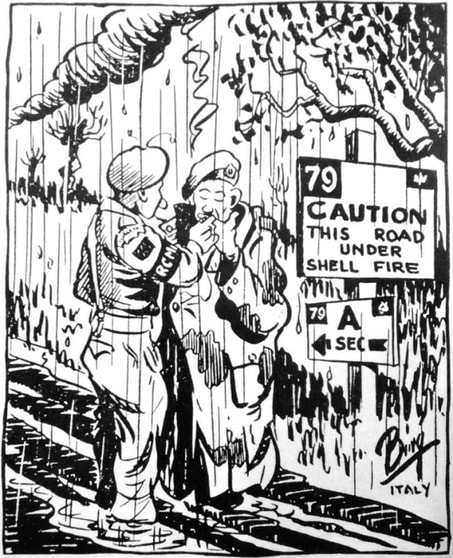 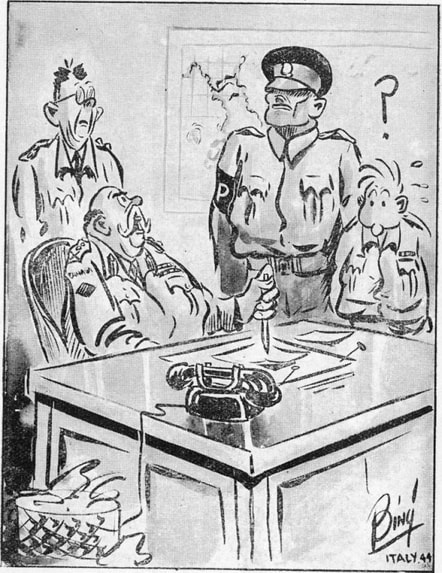 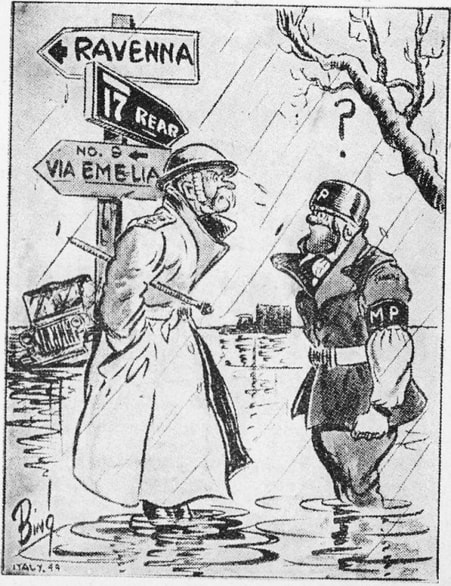 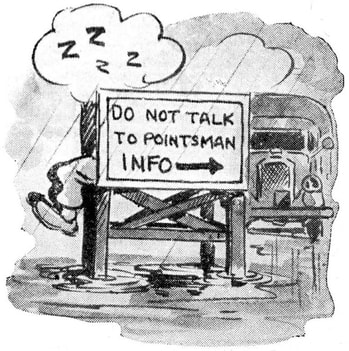 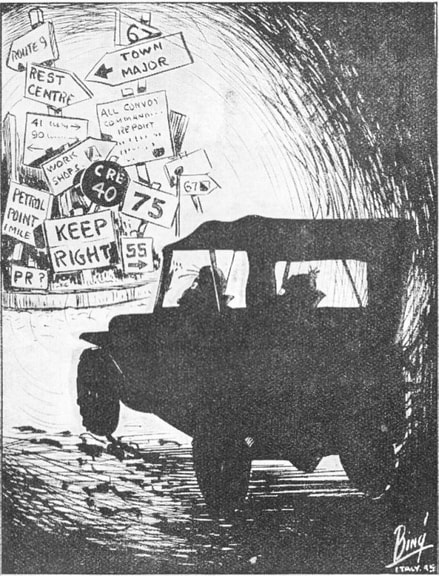 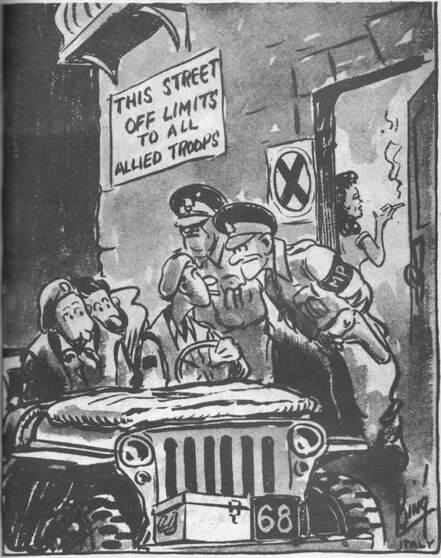 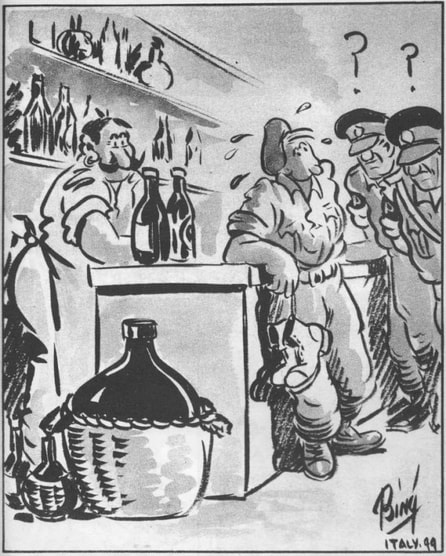 "I though perhaps he repaired boots!"
Bing Coughlin, Herbie!, p. 49. 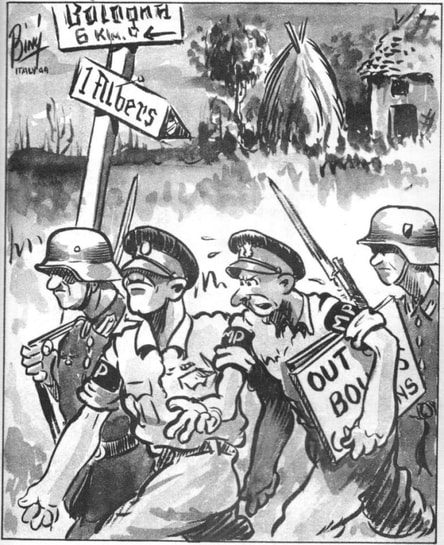 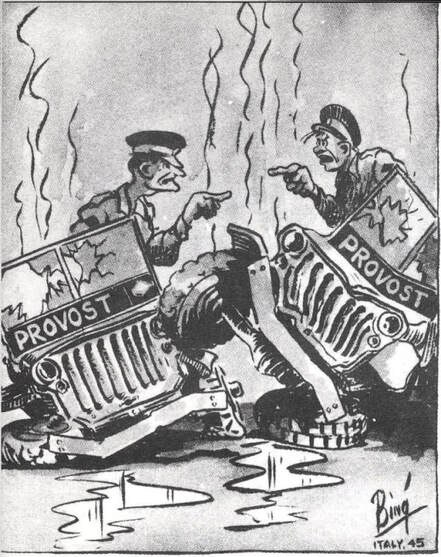 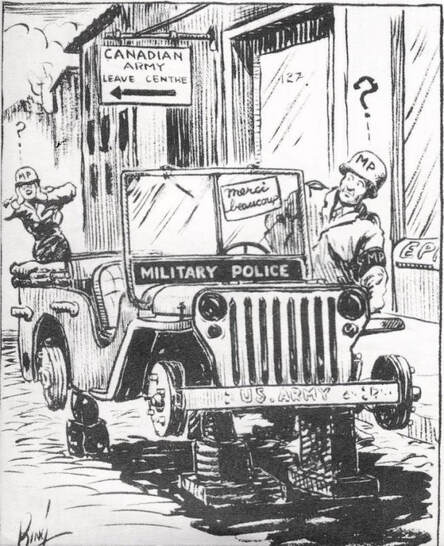 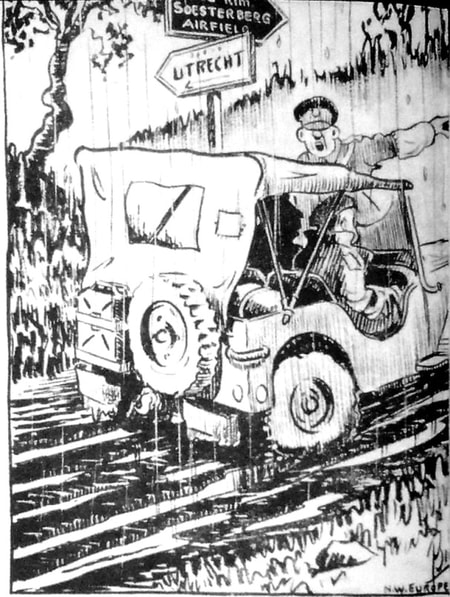 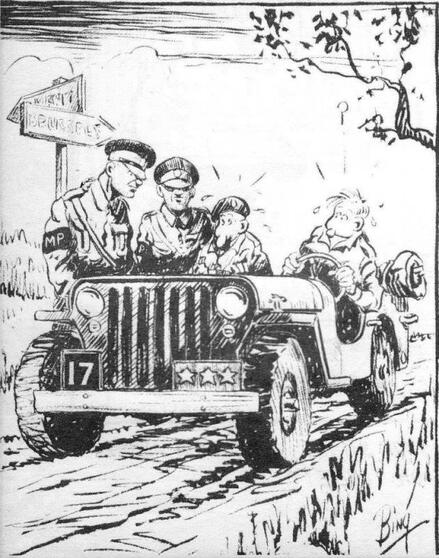 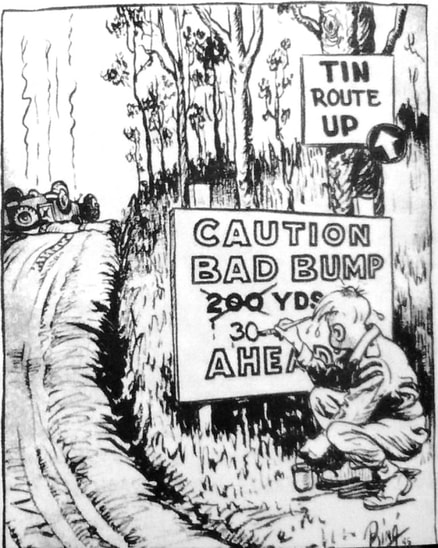 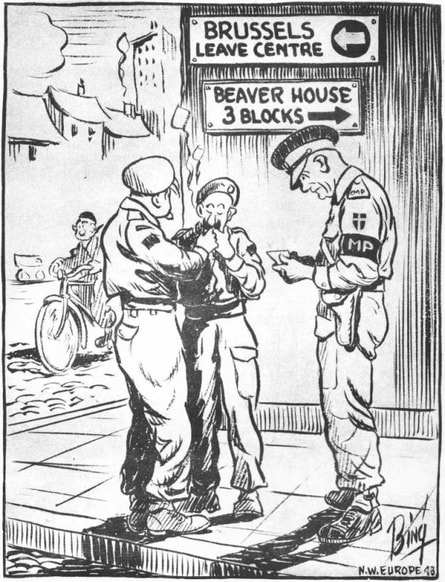 Aldershot is a large garrison town in south-east England. It was also the historical headquarters of the British Corps of Military Police and location of the infamous Glasshouse (military prison). In July 1945, Aldershot was the site of two large riots by Canadian troops who were awaiting demobilization. These riots caused extensive damage to local shops and resulted in one hundred Canadian soldiers being tired by court martial. 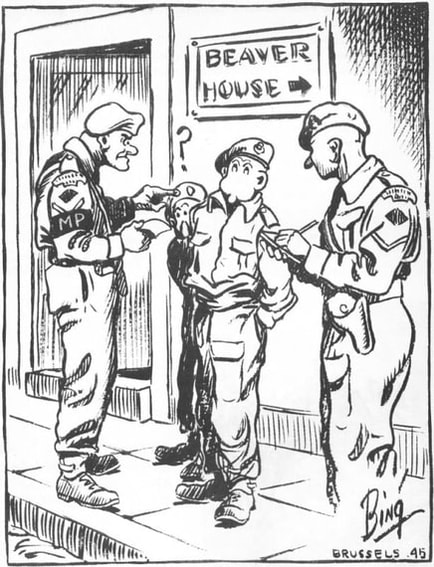 "And we'll not have any more of this—here comes the Gestapo stuff!''
Bing Coughlin, Herbie!, p. 147. 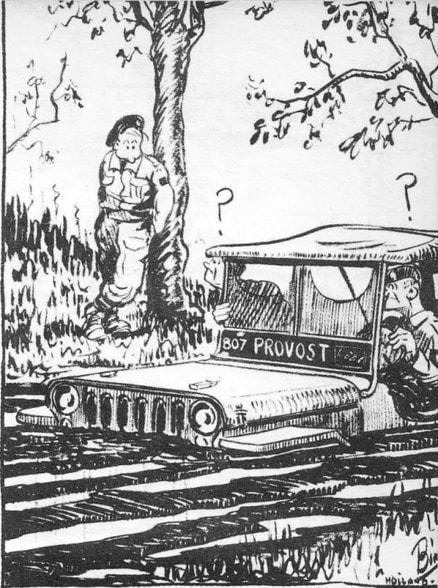 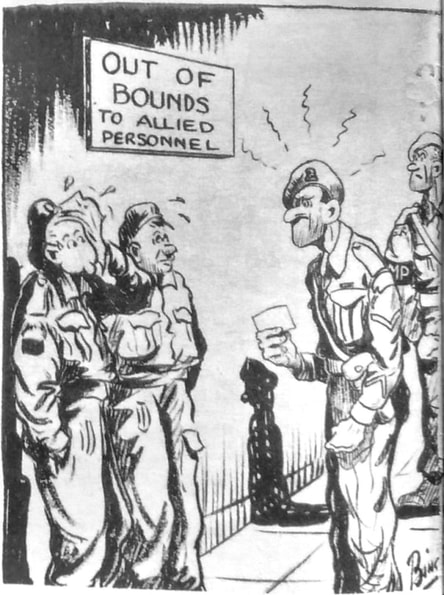 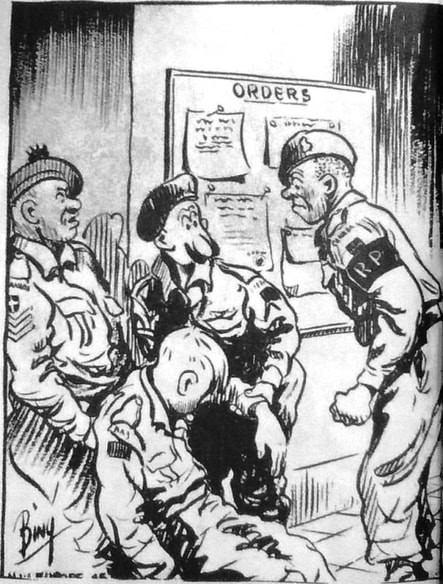 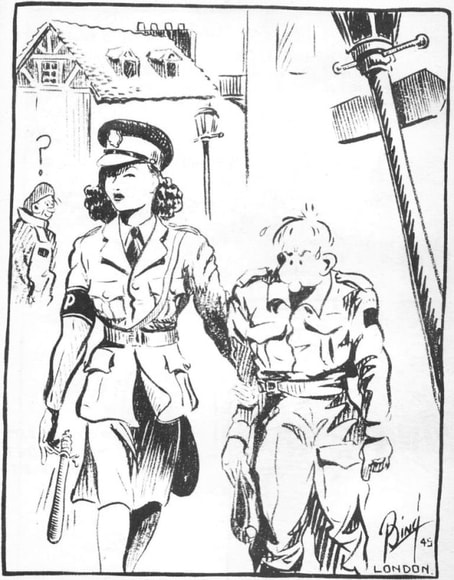 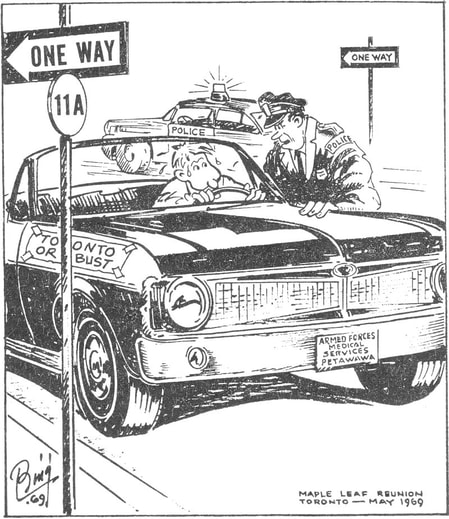 The Maple Leaf Reunion Edition, 1969.
----------
​Notes:
​1.  Royd E. Beamish, "Battle-front Humorist," Maclean's Magazine, 1 June 1945, p. 10.
2. The copyrights for all Bing Coughlin cartoons appearing in The Maple Leave, This Army (Vols 1 and 2) and Herbie! were vested in the Government of Canada and not him personally. As the 50-year Crown Copyright period for this Canadian government material has expired, these cartoons are now in the public domain.
​3. Bing Coughlin, Herbie Wuz Here (Almonte ON: Algrove Publishing, 2008), p. viii.